Located in the courtyard between two blocks of flats at Újezd 432, Prague, the studio is a little ground-floor pavilion with an area of 61 m². It was declared a cultural monument in 1990 for two reasons. Firstly, it is the last preserved nineteenth-century photographic studio located in a garden, having been moved there from Královské Vinohrady in 1901. The studio is a unique technology monument, and not just in Prague but in the whole country. It is an example of the buildings that were erected during the commercial and art photography boom in the second half of the 19th century. Secondly, it is linked with the life and work of the most important Czech photographer, Josef Sudek, who began using it in June 1927. He not only worked here, but also lived in the studio with his sister (and assistant), Božena Sudková, until he moved to another ground-floor flat, at Úvoz 24, Prague, in 1959, and only Božena remained in the studio. To the end of his life, however, Sudek continued to use the darkroom in this studio.

The studio was of great importance for Sudek, especially at the beginning of his career. It was where his company used to be based and where he carried out most of the work that was ordered from him. When his photography business was closed down during the early years of the Second World War, the studio was no longer just a place for Sudek to work, but was also a source of his inspiration and an object of his art photography. He depicted the studio at all times of the day and year, inside and out, together with the garden with its lush vegetation and the strangely twisted tree that stood in front of his famous window.

In addition to photography, Josef Sudek was passionate about classical music. His beloved composers included Bach, Martinů, Vivaldi, Corelli and also Janáček. Between the 1950s and 1970s, regularly organised Music Tuesdays were a tradition for Sudek’s friends; on these days he played selected pieces of the music that he loved for them. Zdeněk Kirschner and Petr Helbich were also frequent guests of these meetings held by Josef Sudek; usually in summer, these two have revived this custom and arrange Josef Sudek memorial sessions in the evenings: they play the classical vinyl LPs to treat visitors of the studio to specimens of the compositions that resounded in those rooms dozens of years ago. 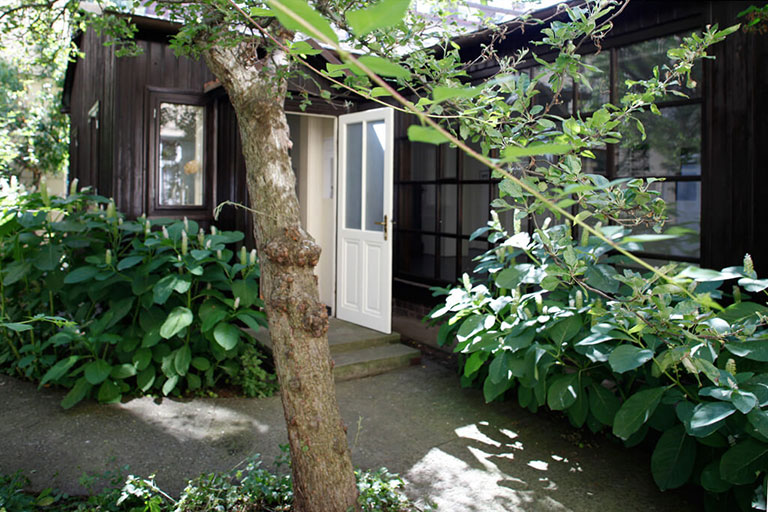 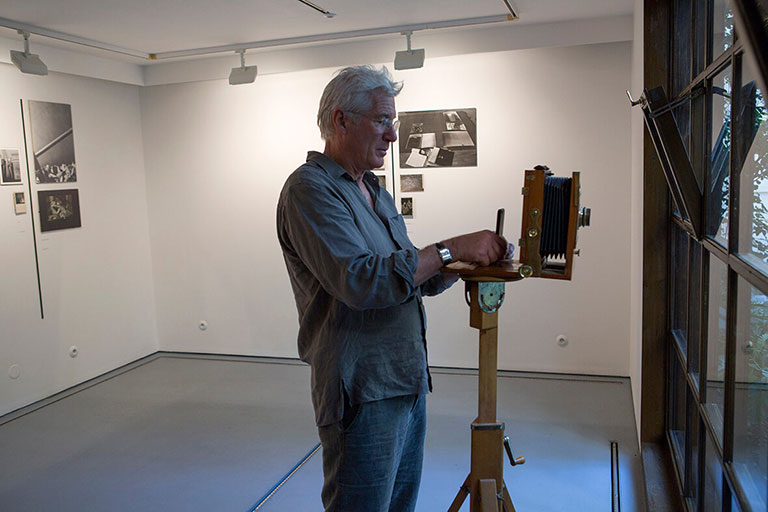 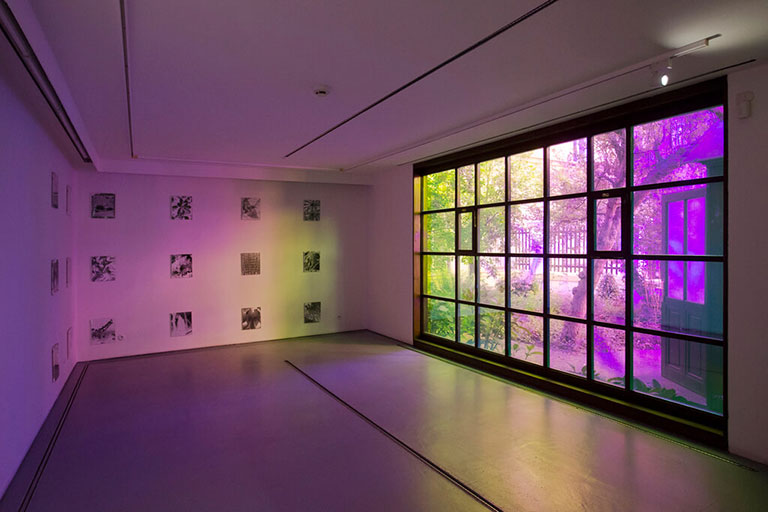 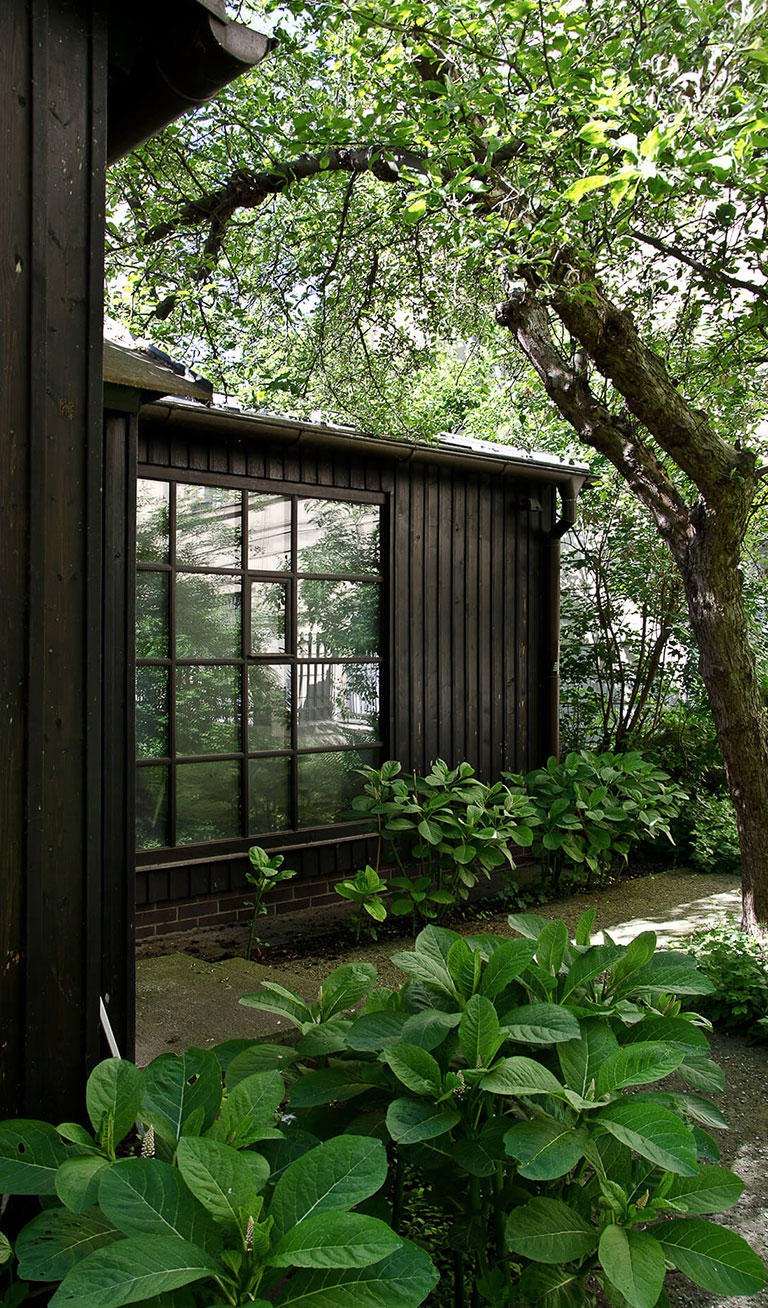 Transformation into an exhibition hall

In 1985, a fire broke out there, completing the destruction of the by then already rundown studio. Following the firefighters’ intervention, the devastation of the building and its furnishings was such that a perfect replica was needed to reconstruct the original studio.

PPF Group was the partner for the restoration project and the investor in the construction and subsequent operation of the studio. Under the aegis of Jan Kasl, the then Mayor of Prague, Anna Fárová, the Prague 1 Municipal District, the Museum of Decorative Arts in Prague, and some other companies contributed to the construction of the replica in 2000.

The programme of exhibitions regularly reflects Josef Sudek’s legacy. Every summer, the gallery’s programme includes at least one photography display that relates either directly to Josef Sudek’s photographs or those of his peers or disciples.

The gallery is solely dedicated to art photography.

Visitors from all over the world

Exhibitions in the Josef Sudek Studio attract visitors from the Czech Republic and from other countries. A tour of the studio rounded off his visit to the Czech Republic for Richard Gere; together with his team, photographer Tono Stano, and Studio curator Lucie Mlynářová, the actor discussed Czech photography as well as one of its most prominent personalities, Josef Sudek , in a relaxed atmosphere. He also experienced ‘the view from the window of my studio’ through Sudek’s original camera.

Josef Sudek about his studio:

“I bought it from the photographer Laube, who portrayed soldiers from the nearby barracks. The barracks were closed down (the building is now known as the Tyrš House) and the photographer sold me this little house. He only told me: But nobody will go there to see you. And I replied: That’s exactly why I’m buying it.” 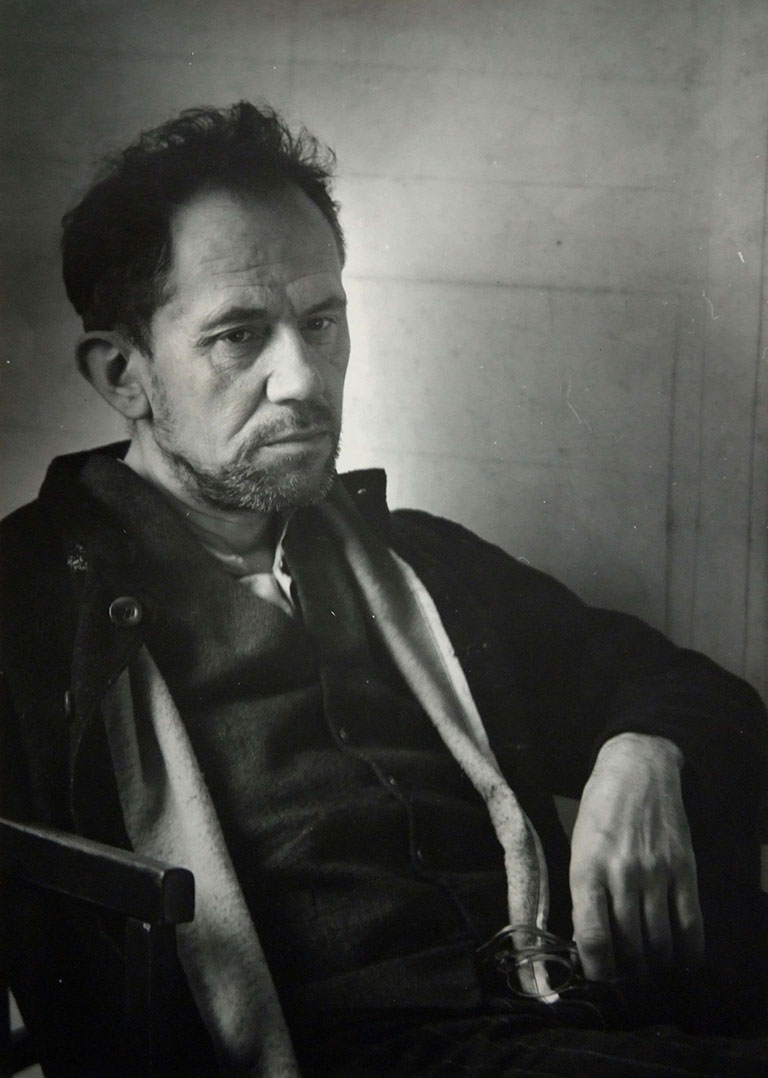 The world-renowned Czech photographer Josef Sudek was born in Kolín in 1896 and died in Prague in 1976.

Josef Sudek, a Czech photographer acclaimed both at home and internationally, has become one of the most famous figures of Czech cultural life. The son of a house painter, he was born in the town of Kolín, central Bohemia, and received his only general education at the village school in Nové Dvory near Kutná Hora. Trained as a bookbinder, he was mostly self-taught as a photographer, although he did receive some instruction at the State School of Graphic Arts in Prague. He was a member of the Club of Amateur Photographers in Žižkov (a district of Prague) and the Mánes Society of Visual Artists.

He served as a soldier in the First World War and returned from the Italian front without his right arm. For a while, he lived in the Invalidovna, the veterans’ hospital in the Prague district of Karlín. It was there that he made his first important series, The Invalidovna, in 1922–27. He turned down an office job and devoted himself to his life’s calling.

His works from the early 20th century reflect all the contemporaneous trends of modern photography. Beginning in the 1920s, he was inspired by Prague. His well-known series include Autumn in Stromovka Park, The Embankments of the Vltava, and Interiors (made in St Vitus’s during the finishing work on the cathedral). He also found inspiration in nature, which is reflected, for example, in the series Slovak Landscapes, Landscapes near Žebrák, Landscapes of South Bohemia, Landscapes along the Elbe, etc. Until the Second World War, Josef Sudek also earned his living by doing work for advertising, photographing paintings, and portraiture.

Beginning in 1940, he developed his unique style of contact prints, through which he depicted his own personal themes arranged in large series made over many years. His other main series include Glass Labyrinths, Labyrinths, and Memories.

Josef Sudek took part in a large number of exhibitions in and outside the country. He published several books of photographs of Prague and Prague Castle. His first monograph appeared in Prague in 1956. Since his death, a large number of books about his life and works have been published all over the world.