Books and Other Pictures 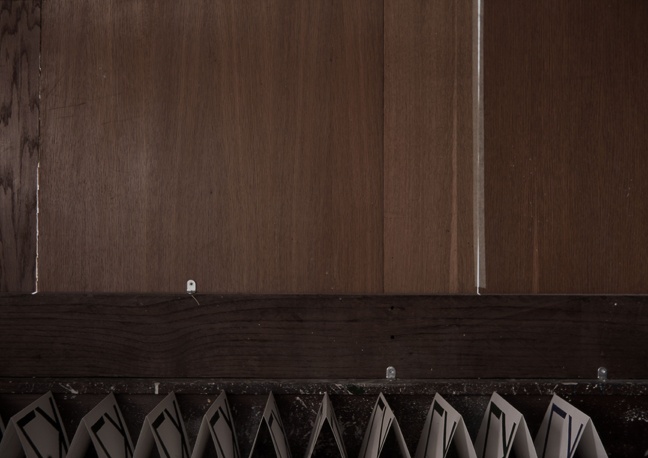 Several years ago, I used to spend a lot of time reading books on gloomy topics, which only made me melancholic.

Books and Other Pictures

Several years ago, I used to spend a lot of time reading books on gloomy topics, which only made me melancholic. Fortunately, I had to occupy my mind with everyday duties as well. After a while, optimistic thoughts returned, and looking at my bookshelves was no longer so distressing. Quite the opposite, in fact; I began to notice something that was more positive about them – namely, their merely material forms. Each book was an original piece of samizdat. Thousands of pages bound at home, kept from human eyes in a wide variety of bindings. I no longer wanted to spend hours reading their disturbing contents. Nevertheless, I could not just take the books and throw them out. In the past, I used to spend time with them to soak up not only their information but also how they were made. The ideal solution, it soon turned out, was to photograph them. Film and digital chip suddenly began to take the risk upon themselves. The first photo to be made was a simple staged still life. Books lying on a table or as if randomly set aside somewhere, mostly on an unobtrusive background, more or less in black-and-white. A mood achieved with low lighting was intended to evoke in the viewer a sense of theatricality and symbolic submergence into the innermost core full of mystery.

After a period of composing little conflict-free reading corners at home, I began to sense a need to immortalize the bindings on roll film in an austerely frontal way. The size of the frame offered me an opportunity not only to make high-quality enlargements, but also to manipulate the photos. Because I initially did not want to throw out the books, yet did not want to read them again either, an opportunity arose to take revenge on innocent celluloid. First, I began to cut holes into it, to mask the words of the titles. Soon a burning candle substituted for a knife. That made the codex forms into morphological torsos, like cards from the Rorschach test.

In parallel with photography, I actively paint. That is why the exhibition includes a painting whose content links it to the photographs. My inspiration was a view of the land in a haze under low clouds. Almost without colour, and without the scale that would have been provided by little figures or items in the foreground. An unburdened stretch of land, not resolving any conflict, unbiased subject matter that hints at where my next creative statements will be heading.