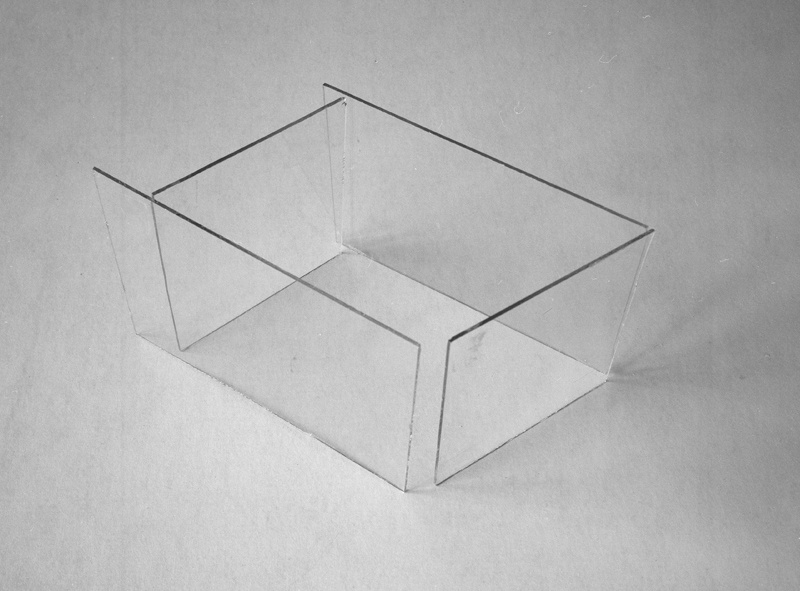 The German artist Andreas Wegner entered Czech fine art as the initiator and a leading figure of Le Grand Magasin, an international art project that took place from 2008 to 2010.

The German artist Andreas Wegner entered Czech fine art as the initiator and a leading figure of Le Grand Magasin, an international art project that took place from 2008 to 2010. The apparently alien topic of cooperatives and other connoted areas, like social economy, the non-profit sector, and participation, which the project tried to consider, tells us a good deal about what positions Wegner enters our context from,  and also predetermines other (logical, if surprising) contexts and levels in which this artist will continue to move.

The starting point is therefore a certain social engagement when considering economic models and relations. In his own artistic creations, however, Wegner tends to explore the forms of representation. This feature appears also in the highly effective photographs now on exhibition in the Sudek Studio, which make reference to, among other things, the Modern and Modern photography, thus joining a strong current of thinking about the Modern and modernity in contemporary art. The strange geometric objects made of glass panes, stuck together with adhesive tape, mainly lead us to the essence of thing shown and photographed, and therefore to the essence of the photograph itself. Thus, next to the engaged form of art, there coexists another form of Wegner’s art. We could call it a classic, handmade, introverted form, but none of those adjectives should be taken literally. It is a form that in effect turns our attention to basic questions of art, much as Wegner’s socially engaged projects do.

By linking together these approaches, we again arrive at the Czech context and the place Wegner occupies in it. And we also arrive at Josef Sudek. For not only are Wegner’s works influenced and informed by his knowledge of Czech Modern photography, but in Sudek the man, at an important stage of his art and life, the linking together of an engagé economic model (the cooperative) and art (photographic creation) was, said with some exaggeration, legitimated. These are the two poles that we find in Wegner’s work. In 1926, Sudek began to work with the publishing house of Družstevní práce, the artists’ cooperative of which he became a member. Together with Ladislav Sutnar, who, beginning in 1929, was in charge of Krásna jizba (Beautiful Room, a branch of Družstevní práce), he formed a creative duo. And it was in the advertising photographs of sets of metal and glass tableware designed by Sutnar that we see signs of the similarities between the two men, the legacy of Sudek in the work of Wegner – despite the fact, or perhaps because of the fact, that, unlike the clear declaration of the function of things in Sudek’s work, Wegner negates utility.