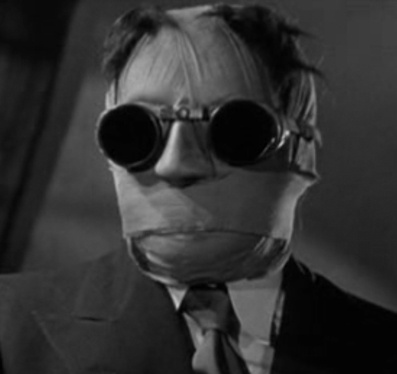 Exhibition is held within Fotograf Festival # 4 – 'seeing is believing'.

To photograph the invisible is a tautological challenge. Throughout its history, photography has been closely tied to the depiction of things, and the opposite of that seems to be a tempting challenge, though one that cannot quite be met. Photography has, however, from the beginning, also served to depict what is invisible; it has helped to expand the horizons of visibility.

Anna Orłowska has subjected visual art to extensive research and collected examples of invisibility. From this research, she has deduced three aspects of covering up – technological and physical approaches that remain concealed from the senses, for example, rays of light, which flow around an object and leave it ‘untouched’. Themes such as the ‘invisible tank’ or the ‘cloak of invisibility’ thus occur in her work. But we can also perceive invisibility as a sociological phenomenon, for example, Ralph Ellison’s The Invisible Man (1952), a novel that observes the social circumstances of a Black American a hundred years after the Civil War. And, similarly, in Czech society, we can describe the practice, common before the collapse of the Communist regime in late 1989, of ‘clearing away’ the mentally and physically handicapped from everyday life by putting them into institutions on the outskirts and in the sparsely populated borderlands. The third aspect of invisibility which Orłowska has discerned is the symbolic understanding of what is hidden behind the metaphoric curtain, in other words, that which defies sensory cognition, like religion, legend, and myth. [Záložka]

We can work with invisibility, for example, in such a way as to simulate mimicry in nature, the military, or prestidigitation, that is, we can photograph instructions that would make visible certain strategies to avoid being observed. We can uncover the mechanisms of power, for example, facts concealed from the public by governments or armies, or religious taboo. In addition, we can study the circumstances of people who are invisible in the fabric of society, whether it is an invisibility they want or one that results from their having been marginalized.

In her latest project, Orłowska has shifted her interest to revealing secrets, arranging, explaining. To carry out this vision, she has used quotations of scientific approaches and has conducted archaeological research in the fields of visuality, technology, and science. She has been inspired by knowledge from the fields of military technology, the natural sciences, stage magicians, and Hollywood films, in order to reconstruct the approaches of camouflage or pretending. She often takes the photographs of the depicted themes without expecting the main subject matter to be present; she stages clusters of energy and black holes; and she tries to capture the anxiously intense theme of emptiness. In this way, she has consciously stepped back from her usual role, in which she is known for her visually attractive stagings inspired by show business, fashion photography, and cinema. Her current photographs do not present a spectacle that is comprehensible at first sight. Because of the great amount of visual references they contain, we gradually have to decipher a number of connections; her photographs here dissolve into each other to the point of indistinguishability, and the photographer herself in this way tends to become a skilful DJ, a guide to a wide variety of information streams.

Anna Orłowska received an MFA from the Photography Department at the National Film School in Lodz, Poland and an undergraduate degree from the Institute of Creative Photography in Opava, Czech Republic. She has participated in numerous group shows including ”reGeneration2: Tomorrow’s Photographers Today” presented at the Musée de l’Elysée in Lausanne, Switzerland and the Aperture Foundation in New York. Recently she was awarded a scholarship for the PhotoGlobal program at the School of Visual Arts in New York, and was awarded a prize at the International Festival of Fashion and Photography in Hyeres, France.