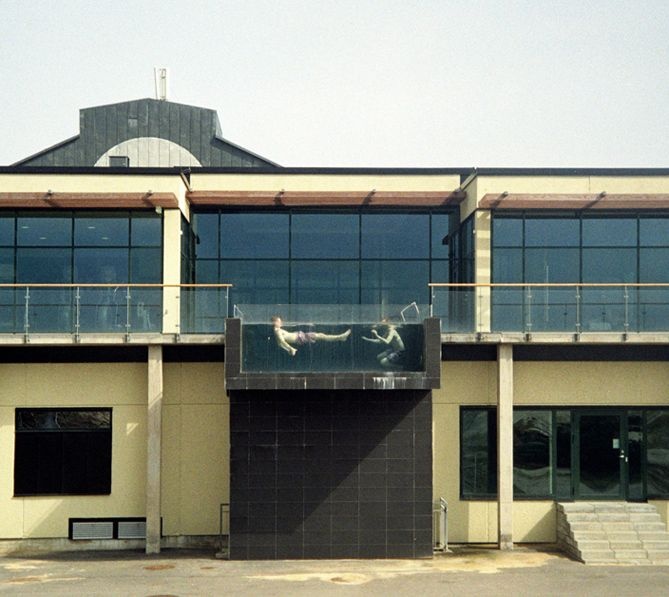 To the various characteristics of our culture, it would therefore be appropriate to add the appellation a ‘culture of preservation’.

Though well aware that we are able to smash apart, lose, and forget everything, I know that we also expend enormous amounts of energy to preserve objects, ideas, and experiences, to extend the lifespan of the traces we leave and, ultimately, also to extend our own lifespan as such, not to mention the preservation of the human race. No matter how much destruction we see around ourselves, destruction that we ourselves have initiated, and no matter how much we know the limits of our efforts to preserve, the urge to preserve still seems to me stronger than the urge to destroy. To the various characteristics of our culture, it would therefore be appropriate to add the appellation a ‘culture of preservation’.

For a relatively long time now, the photo album has been a platform of that pressing need at the level of personal memory and of individual social communication. And although in the twenty-first century the photo album is increasingly being transferred to digital repositories and social networks, we are not so young that we have ceased understanding albums as ‘books’. The symbolical meaning of such books has, however, changed. An encounter with them is an encounter with something of the past or at the very least something rarely seen. And we expect the person who makes such an album to have a special reason for dealing with the photographs in this way. But what’s more, the fixed structure of the classic albums resists the possible regrouping that is so typical of electronic applications, and the physical essence itself goes against the tendency to dematerialize the storage medium of this kind of information. Though the classic photo album for everyday uses is generally on the decline, it still enjoys the attention of visual artists. That may in part be because the practical debate about the functions of the material formulation of problems in art is still highly relevant, and perhaps in part because of the role that artists have attributed to themselves while digging around in the pictures and facts preserved in databanks, databases, and archives, where they discover the meaning of the (re)construction of personal and collective memory.
For the photographer Viktor Kopasz the album is a starting point for the sorting of photographic material and its artistic interpretation. The pages of albums, their format and number, and the ordering stemming from their being firmly bound constitute the basis for the composition of the pasted-in pictures, for the creation of correlations and possible textual commentary. Each album is therefore a distinctive system of pictures and notes, but also of reactions to the material essence of the album.
As Kopasz told me, he has been assembling albums since he was fourteen. He will turn 39 this year, which means he has been doing this for a quarter of a century. In that time his relationship to the form and content of albums has changed. The memoir dimension has come to the forefront of his interest in grasping the medium of the album as such. His work on albums also parallels this other photographic work and is a place to verify the principles that he later uses in his art.
Despite all that, his ‘movement through the album’ remains intuitive, based more on imagination than on strictly rational design. That is also true of his latest album: City.zen. Its thematic framework is the exploration of city architecture. Kopasz does not chart it out consistently – all he needs for the game that interests him is photographic samples made in three different locations. He subjects the scanned photos to further analysis at home. And for that, more than ever before, he takes advantage of the possibilities offered by graphic-design programs and digital prints. He underscores the constructive nature of the selected buildings, abstracts it, and achieves his own distinctive parallel to the modernist collage. The repetition of the photos and the graphic motifs draws our attention not only to the repetitive aspects of housing-estate architecture, but also, indeed mainly, to the importance of the small artistic shifts with which Kopasz shifts the centre of gravity from the observed subject matter to an autonomous visual problem.
Among Kopacz’s albums, however, City.zen is unusual for another reason too. Instead of having pages bound between hard covers, this album is conceived as a package of loose leaves placed in a box. This apparently small change has fundamental consequences. Although in City.zen he maintains the general division into three sets, he has retained the possibility of adding to them, of changing the order of the pages, removing them, or exchanging them. In that sense City.zen has features similar to those of electronic albums. On the wall of the Josef Sudek Studio he has therefore arranged only one of the possible configurations of the pages. Whereas he talks about his previous albums as diaries, in City.zen this appellation ceases to apply, at the very least in the sense we are accustomed to understand it. What kind of diary would it be if one could at any time remove something from it or rewrite something in it?! But is this blurring of the outer and inner boundaries not characteristic of the transformation of the media of visual representation and, at another level, also characteristic of the means by which we repeatedly learn to fill them with content? And does this blurring of the boundaries not also affect the subject matter that seeks by means of the medium to show itself to others?
Jiří Ptáček