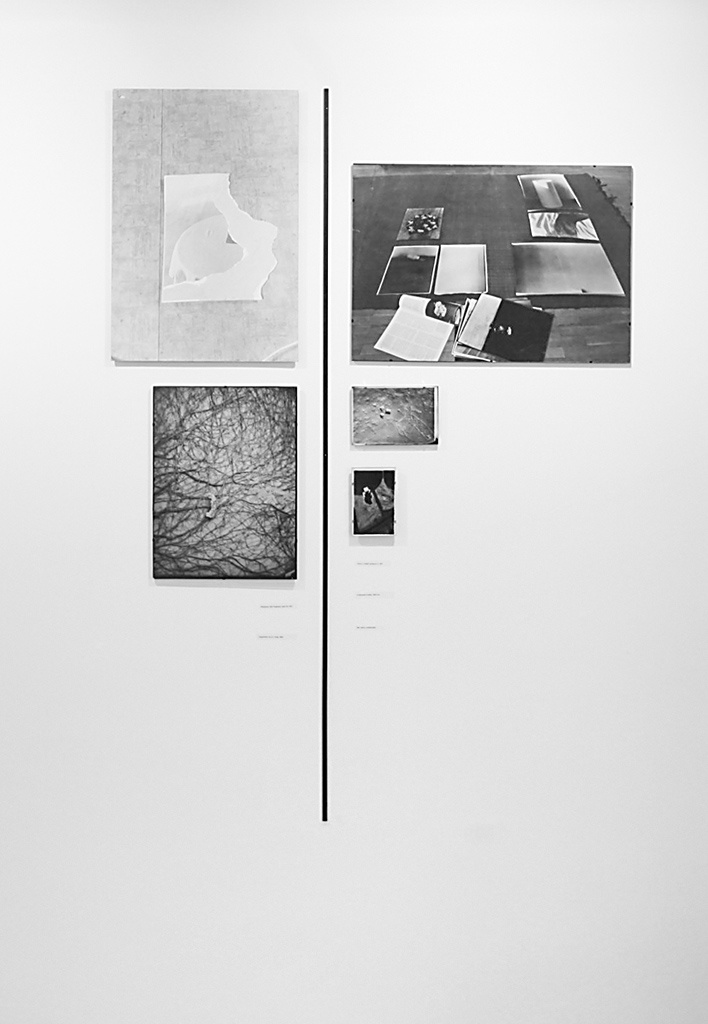 Loosely conceived miniature replica of the old exhibition, this time constructed using Sudek’s and Svoboda’s works in the PPF Collection together with documentary photographs by friends and eyewitnesses.

‘And that was the beginning of an odd relationship, because we couldn’t become friends. I was afraid of him, and he was much older than me. It shocked him that I knew so much about him and his work. And I asked him very tricky questions. He used to say, “Don’t even ask me about things like that. Remember, curiosity killed the cat“.’ Jan Svoboda, interviewed by Liba Taylor, British Journal of Photography, 18 June 1982, pp. 646–49.

I must admit that I was actually led to this exhibition by laziness and self-centredness. When I was approached to take the traditional ‘Sudekian’ summer slot at the Sudek Studio, my thoughts turned to Sudek chiefly in the role of the photographer emulated by Jan Svoboda. I wanted to test Sudek’s work in comparison with Svoboda’s anyway, except, unfortunately, that had already been done long ago by others. It therefore seems most suitable simply to recall this comparison.

When, in 1983, after a mutually acceptable agreement (and after twenty years of increasing problems and fatigue) he quit his job as a photographer at the Museum of Decorative Arts in Prague, Svoboda received a special award (considering that he was basically just a technician there): the museum organized an exhibition for him at the affiliated Roudnice Art Gallery (in the town of Roudnice nad Labem). It was a comparative exhibition with his life-long model, an event that in fact officially crowned Svoboda as Sudek’s successor. This friendly dismissal with official honours was an expression of Svoboda’s dual role at the museum and in the field of Czech art: on the one hand, a tolerated stubborn bohemian, on the other, a lamentable obscure genius.

The earlier exhibition, Sudek/Svoboda: A Comparison I, was organized by Zdeněk Kirschner, who at the time was Curator of Photography at the Museum of Decorative Arts in Prague. This untraditionally comparative installation, typographically conceived and using metal rods, was designed by Svoboda’s contemporary and colleague, Stanislav Kolíbal. The exhibition was the beginning of the last stage of Svoboda’s life and work, when he occasionally returned to photography, but problems with his health and making a living continuously knocked him down right up to his premature end.

Today’s loosely conceived miniature replica of the old exhibition, this time constructed using Sudek’s and Svoboda’s works in the PPF Collection together with documentary photographs by friends and eyewitnesses, is a commemoration of two Czech photographers and an attempt to sketch out again, perhaps now with the greater distance of time and with greater detachment, the lines of force of their affinities and influences.