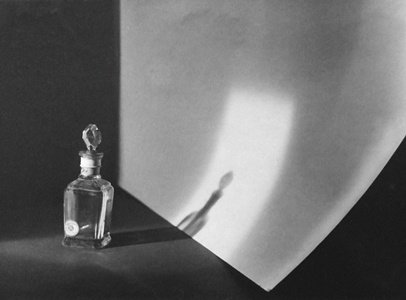 The bond between Josef Sudek and Jaromír Funke was formed in the early 1920s in the town of Kolín, where both men (born in the same year) came from, and from where they used to set out to photograph the romantic landscapes along the River Elbe. With time,

The bond between Josef Sudek and Jaromír Funke was formed in the early 1920s in the town of Kolín, where both men (born in the same year) came from, and from where they used to set out to photograph the romantic landscapes along the River Elbe. With time, however, they both came to Prague, attracted by the greater range of opportunities. No matter how much their relationship was veiled in legend – and no one can say anymore how many times Funke visited his friend in his wooden studio below the Petřín hill –, the gallery here remains a suitable place to present the legacy not only of Josef Sudek but also of his contemporaries.

Jaromír Funke (Skuteč, 1 August 1896 – Prague, 22 March 1945) began taking photographs as a child. He himself, however, said that the now missing photograph Simplified Space (1922) marked the beginning of his serious photography. During the next five years, he worked his way to photogenic abstraction. With this new form, he made clear that he was an outsider, which is something that had been partly forced upon him, but was also something he desired, indeed cultivated.

Funke had no formal photographic training, and as an autodidact he had to fight his way through the web of rules and regulations to become a recognized professional. By the mid-1920s, he had made his name in the camera clubs. Although the amateur photographic movement offered many opportunities for exhibiting and publishing one's work, there was also a high price to pay – namely, being part of group and also having to deal with their inertia in making photographs and in thinking about the results. It should therefore come has no surprise that, in July 1924, the forward-looking Funke was thrown out of the camera clubs for having criticized a set of photos sent by a non-Prague club. Together with Josef Sudek and Adolf Schneeberger, who had also been expelled, Funke immediately founded the Czech Photographic Society (Česká fotografická společnost). Since those three men themselves aspired to become professionals, the Society was open to people who made their living with photography. In the Society, Funke exhibited and sent works to international salons (as is also evident from the labels on the backs of some of the prints).

The collection of the PPF Group does not cover a wide enough range of works by Funke to be able to illustrate step by step his transformation into an Avant-garde photographer. All the more dramatically illustrated therefore is his surmounting of the genre moods that had found photogenicity in traditions derived from Impressionism. The picturesque matter-of-factness of things dissolving in light gives way in any case to shadow play that hints at the latent possibilities of the photographic medium. 'Yes,' wrote Funke in 1928, ‘the new photogenic generation sees things differently! It sees according to absolute photographic purism. And that way of seeing is the result of photographing still lifes.'

The works exhibited here delineate Funke's rapid journey to the supreme expression of his original way of seeing photographically, which the Josef Sudek Studio presented separately, in 2010, under the title 'Abstract Compositions, 1927–29'. With these works, only a few examples of which can be shown here, Funke parted ways with descriptiveness. This approach opened up the Avant-garde periodicals to his visually refined creations. His other creative and teaching activities, run in parallel, may have turned Funke's attention back to matter-of-factness, Functionalism, and social criticism, but he soon, just as masterfully, seized phenomena gravitating to a surreal style and metaphysical impressiveness.