In the Shadow of the Cathedral 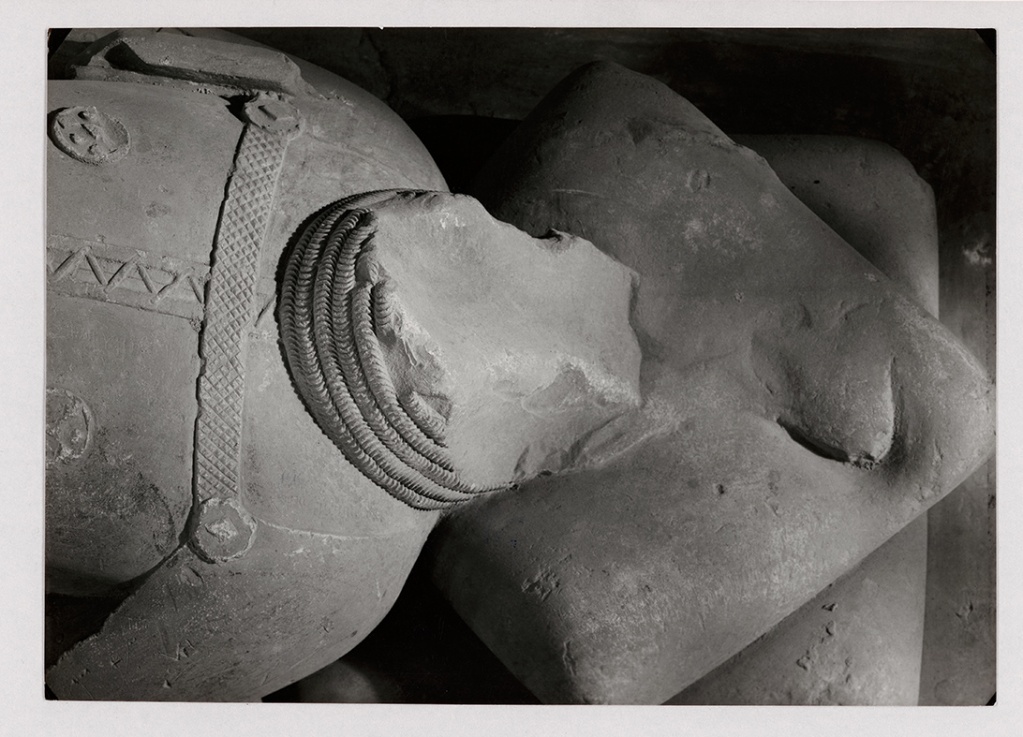 The exhibition introduce previously non-exhibited and mostly unpublished photographs of Prague’s St Vitus Cathedral, loaned for the exhibition from the collection of the Institute of Art History of the Czech Academy of Sciences.

“I grew up near the town of Kutná Hora. When I saw the
Gothic church there as a young boy, I stared at it like a
young hare at the first snow. I wasn’t particularly well educated
– I grew up surrounded by Gothic and I didn’t even
know…” (Josef Sudek).

1922–1924
Sudek studied photography at the State Graphic School. He
took part in excursions to St. Vitus Cathedral with the Director
of the School and President of the Society for Old Prague, Dr.
Bělohlávek. The cathedral was under reconstruction and intensive
building work was going on.

“And one morning I went in and stared: everything was… an
amazing atmosphere. It was the first time I had seen architecture
on such a large scale. […] And suddenly I knew
that here was something. You know, I had the impression
of a still life rather than of architecture.” (Josef Sudek).

1924–1928
Sudek photographed of St. Vitus Cathedral from his own personal
interest. First the busts on the triforium, then construction
still lifes from throughout the cathedral, overall views, genre
photos of the workers, etc.

1928
To mark the tenth anniversary of the foundation of the
Czechoslovak Republic, the publishing house Družstevní Práce
published the monumental album entitled ‘Svatý Vít’ [St. Vitus]
in the form of a collector’s item with fifteen original gelatin
silver prints by Josef Sudek and a foreword by the poet Jaroslav
Durych, in an elegant large-format design by Emanuel Frinta. The
planned print run of 120 copies was evidently not finally produced
by Sudek.

“Pages with a special magic and tenderness – but they
also genuinely document a great human work, St. Vitus
Cathedral. They contain all the photographer’s intelligence,
honest work, and many years of preparation. Josef Sudek
waited with the patience of a Japanese for sunshine and
shadow, visiting the cathedral again and again – over
weeks and months. This one-armed man clambered over
scaffolding and towers, and broke some of his plates,
only to come again with a fresh batch to look and record.”
(Jaromír Funke, review of the album for the magazine
Panorama, 1928).

1930s
Sudek only took a few individual photographs of the cathedral,
in the style of constructivist aestheticism. One photograph was
published e.g. in a calendar for the Orbis publishing house for the
year 1931.

“As soon as they stopped working there, as soon as they
cleaned up the dear church, I could no longer see anything
there. It wasn’t until the time of the Protectorate that I
started to see something there again.” (Josef Sudek).

ca. 1938– ca. 1944 The second phase of Sudek’s systematic
photographing of St. Vitus Cathedral, was most likely the result
of a commission for a pictorial monograph on the cathedral to
be published by Melantrich. Some of the photographs taken at
this time were included by Sudek in his cycle of photographs
Kontrasty [Contrasts].

“… this time it was commissioned by Melantrich. A publication
covering the whole of St. Vitus’ Cathedral was
supposed to be published. I almost have it finished, but it
won’t be published. No, that wouldn’t be kosher.”
(Josef Sudek).

1943
Sudek included one of his photographs of St. Vitus Cathedral
in his freelance work in the album Moderní česká fotografie
[Modern Czech Photography], published in 1943 with an introduction
by Karel Teige.

1945–1948
A few of the photographs from the second phase of photographing
were published in the monographs ‘Pražský hrad. Výtvarné
dílo staletí v obrazech Josefa Sudka’ [Prague Castle. The
Artwork of Centuries in the Images by Josef Sudek] (Sfinx, 1945)
and its English version ‘Magic in Stone’ (London: Lincoln-Pragers,
1947), in the calendar ‘Kulturní ztráty 1939-1945’ [Cultural
Losses 1939–1945] (Václav Poláček publishers, 1946) and in
the monograph ‘Náš hrad’ [Our Castle] (J. R. Vilímek publishers,
1948).

1978
Two year after Sudek’s death the Institute of Art History of the
Czech Academy of Sciences, received, as a gift from Božena
Sudková and on the recommendation of Anna Fárová, part of
Sudek’s archive, consisting of 900 of his negatives and positives
of St. Vitus Cathedral, dating from the second phase in
the 1940s. His other photographs were gifted to the Museum of
Decorative Arts in Prague and the Regional Museum in Kolín, and
today many others are scattered all over the world.
Show moreShow less