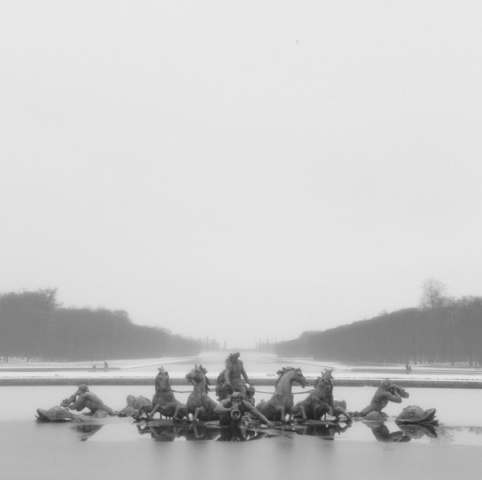 Paradise is the origin, the model, and the purpose of art.

Paradise is the origin, the model, and the purpose of art. The model of this paradise is kept in the heart of every man; people are born with it; it belongs to the treasure of natural grace; it is hereditary; besides, paradise did not cease to be; it was not obliterated completely; it persists, although its form has changed substantially, although it has lost many privileges; it is still visible in nature, in creation, and in human life. Revelation teaches us about its original order. Aside from that, we are led towards it by manners taught by dogmatics.

Paradise is the origin of art because it was a special creation of God made with the intention to teach man knowledge of beauty; it was in Paradise that man was made to speak, woman was made, people communicated with God, and they were not subject to death. They learned all about nature and gave names to the creation. The names were sacred and had the power of control in them. Everything that people said in paradise was sacred; their views, movements, and desires were still the human manifestations of God’s will. They were in God’s image and likeness. Their human glory was immeasurable, their souls governed many secrets that are lost nowadays; their bodies had no match amongst the creation; their beauty was perfect.

Paradise is the purpose of art because all of human desire and imagination returns to paradise. Art seeks and marks the traces of paradise as road signs. Since they are mostly hidden and covert, an artist must seek them very laboriously; three things help him to seek and learn: the hereditary desire for paradise, enlightenment, and inspiration.
Hence, the task of art is to preserve paradise, reconstruct paradise, and bring testimony about paradise, if possible, in temporary life.

Paradise did not cease to be; it was not obliterated completely; it maintains itself; the amount of its remnants is huge and there is a vibrant unity in the multitude, even if it is not generally apparent to see. Hence, the task of art is also to bear witness to the history of paradise after its discontinuation and scattering.

If each single memory of paradise, albeit the smallest, is gorgeous, then the sum thereof that we bear in us and that we may never view in its entirety in a single moment in our life is true wealth; and then we have to remember that paradise is scattered all over the world and that everyone hides just minuscule remnants of it inside, and often unconsciously.

Everything that is beautiful is a reminder of  paradise and is an image of paradise; the content and the purpose of the beauty is not always important, for it is often disrupted in temporary life; the disruption was not there in paradise; beauty was not associated with sin, distress and death there. For an artist, the hereditary desire for paradise discovers the celestial origins of all apparent beauty, that is to say beauty that influences human perception in general, be it the beauty of body, nature, life, vivaciousness, destiny, or idea. The hereditary desire dwells in us and emanates from us.