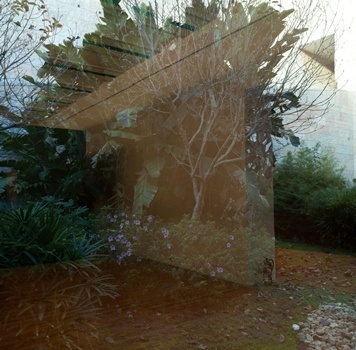 Nocturnalia is a selection of current works by Michal Šeba

‘Photography pisses me off. If you asked me, I wouldn’t be able to say why I do it. I can’t help it. I just have to take photographs.’

Nocturnalia is a selection of current works by Michal Šeba. He returns photography to its roots, to times when its enthusiastic pioneers used to talk about it as the miraculous pencil of nature and when its supreme quality was faithfulness to its subject matter, the times when photographers were simultaneously obsessed and frustrated with the medium.
The aim of these photos is not to reflect on photography as a medium or make the viewer feel insecure about his or her power of vision. Rather it is about something simple and old-fashioned yet beautiful – depiction itself.

There are reasons for that. In his childhood, Šeba was surrounded by the Modern. He grew up in the family of a collector and gallery owner, and so abstract expression has been something absolutely natural for him. All the greater, however, was the enchantment he felt at an exhibition of nineteenth-century Czech landscape painting in the early 1990s. ‘I was interested in every little detail. I examined the pictures from up close, so close that the alarm kept going off,’ he says, recalling a key moment from his youth.

Being obsessed with detail is something that characterizes the style of Šeba’s contemporary landscapes. With the precision of a true craftsman and the patience required when making things by hand, he uses a computer to compose his large-format scenes from dozens of photographs. Like a landscape painter, he works on a large canvas, gradually filling in the empty spaces, bit by bit. The result is a picture crammed with data and graded with detail, more realistic than photography. It is a picture into which the viewer can fall deeper and deeper – as if into a marsh covered with bright green duckweed – and still find other levels of subtlety in the things depicted, without running into the raw material of the pixels which the enlargement is composed of. Šeba returns to the beginnings of photography, when precise knowledge of the craft was an essential prerequisite. Each photograph had its own reserved time in which it was possible to make the photo, and no instant photography existed.

In addition to his classic approach and craftsmanship, Šeba incorporates the element of chance and also uses a wide variety of technological glitches, images created by mistakes in the scanner, programs, and cameras.

Šeba works purely intuitively with his subject matter, which speaks to him by itself. An inexplicable fascination and the promise of mystery draw him, as they drew the Romantic landscape painters, to the subjects that he eventually selects. He often captures his landscapes in moonlight, when colours acquire a ghostly tinge: mysterious, ominous, and calm, all at the same time.