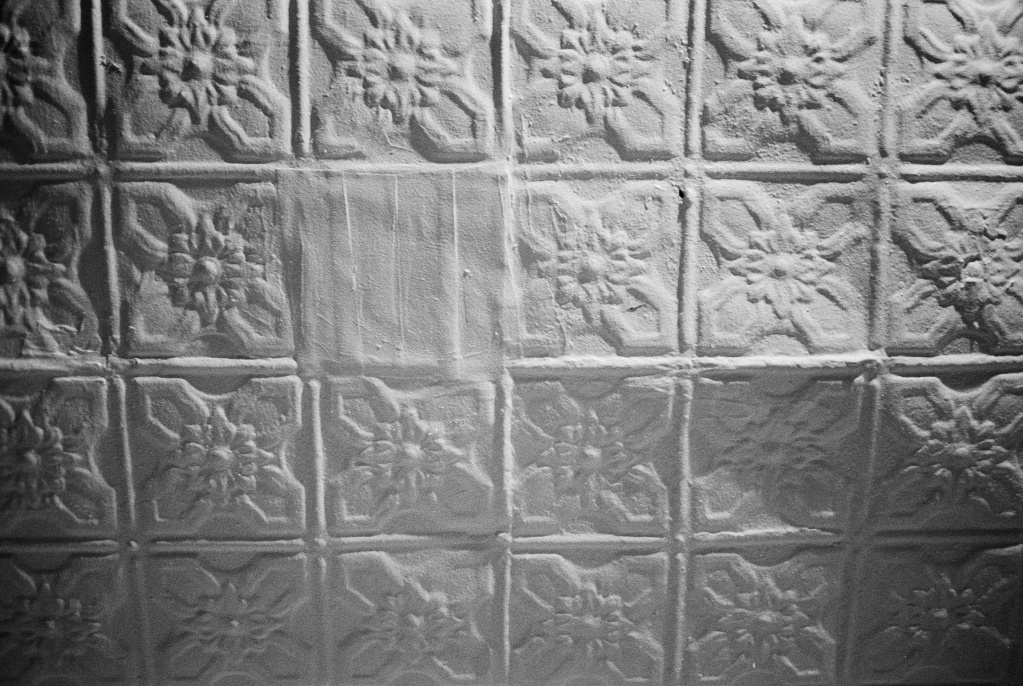 In composing the exhibited works, Michal Ureš has aimed to create the appearance of randomness.

In composing the exhibited works, Michal Ureš has aimed to create the appearance of randomness. It is a challenge for him to deal with photos in a way that will ensure, figuratively speaking, that the ‘greatest possible distance emerges between them, a distance that can, however, still be crossed’. But behind the appearance of randomness stands the rigorous selection and precise arrangement of photographs in the gallery, in other words, the creation of a visual field for alert human senses. Ureš of course counts on the human mind’s ability to link together the pictures it sees, by comparison and association.

In the Josef Sudek Studio Ureš has reduced the number of photographs to a functional minimum. He has compiled them mainly from photographs of cityscapes and close-ups of those cityscapes. Several times he has focused on a fragment, which has secondarily found itself in the city as by-product of what it had originally been used for. When we leave Ureš for a moment and look around at contemporary art, we see how widespread the use of such close-ups is. The architectural plan of the city always splits apart with time and the individual inhabitant asserts himself or herself in the freed-up places. This new layer of the organization of the environment is like grass between the paving stones. Someone regularly pulls it out and it grows back. In the space of the city, that might be the battered corner of a house, some shuttering, or a flowerpot with which someone has beautified the pavement. And for the artist these outgrowths are attractive and also a certain folk-like proto-form of their activity.

Ureš is like a prospector who has gone through the jungle. From his travels he has brought back several samples and lets us conclude what the whole may look like. It is as if the photograph of a glass tabletop with spilled pollen has accidently ended up amongst them. It reminds him of something he saw outside, perhaps the frost on plants on the ridge of a collapsed slope, and so he figures there is some connection. I think it was by a similar mixing of the different yet similar, that a number of fantastic stories about new lands and continents were made. Ureš constructs a similar situation, in order to return our environment to the imagination.