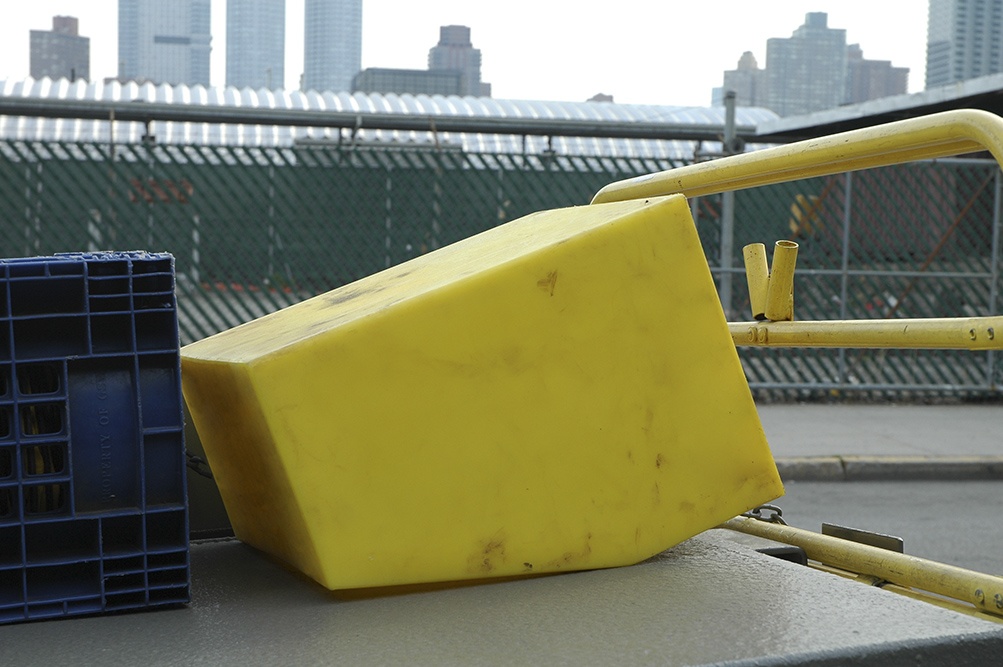 (...) What Černický presents to us here in such an impressive range and variance can be seen as a high-spirited traveler’s pun, but those more sensitive among us this can also uncover a global conspiracy of the modern order. It is actually a perfectly crystallized paranoia of today’s globetrotter – and Černický likes to get carried away by paranoia, building his stories and projects on it. The image of civilization as a global organism that spans the planet from his home in Prague’s district of Libeň (one snapshot represents the World Cafeteria made famous by the Czech writer Bohumil Hrabal, located a minute from Černický’s studio) through Tibet to Arizona. The exact locations, however, soon become irrelevant; the occurrence of objects grows into a pandemic. Anonymous absurd shoots of civilization thus become the fauna of the 21st century, a species related to each other, but appearing in another form and mutation with each occurrence.

(…) Asking the artist about the real clear origin and the meaning of it all directly would not only be cowardly, but above all it would negate the very meaning of the whole project, which just like most of his works oscillates somewhere between science and a fairy-tale. From this perspective, the question whether it is reality or fantasy is really pointless. Černický is simply trying to prove figuratively that our own civilization has long since surpassed nature by its ability to recreate itself. The world is only a constantly and repeatedly implemented fiction, in which we are the aliens to ourselves.

(excerpt from the text Real minimalism or global paranoia?, 2013)