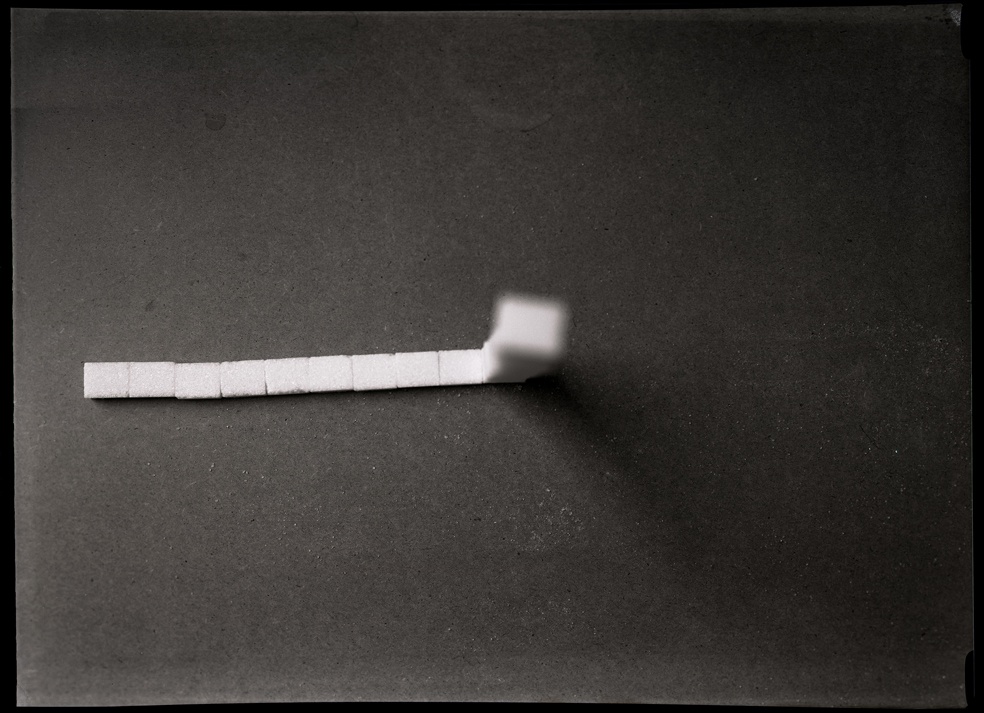 Tomáš Pospěch plays the role of archaeologist, researcher, photographer, theorist, curator, and viewer, all at the same time, and all in relation to his own photographic prehistory.

If you feel that the name of the exhibition evokes a kind of pragmatic physical activity, for example, farming, you’re not far from the truth. In his latest project, Tomáš Pospěch plays the role of archaeologist, researcher, photographer, theorist, curator, and viewer, all at the same time, and all in relation to his own photographic prehistory. Pospěch, for some people primarily a documentary photographer with occasional excursions to conceptual forms, here symbolically returns to his beginnings, when he was contemplating the medium of photography. This selection of large-format still lifes from the second half of the 1990s reflects his former fascination not only with the opportunities offered by the classic medium, but with the paths it took, which he subjects to analytical research using traditional approaches. The central place is occupied by his experiments with the negative or photography that changes in time and also investigating his own spatiality by presenting the ‘third side of the photograph’. Conscious work with ‘mistakes’ (in this case, dust on the original negative or photograph or a reproduction) constitutes, when seen today, an interesting attempt to shift the viewer’s attention from the ‘content’ of the photograph to the photograph as a vehicle or medium, accentuating the negative, the frame, or the surface of the photo, or the problematic relationships between the original and its reproduction.

These archaeological-alchemical experiments with burying negatives and observing the influences of organic and inorganic nature or period meet with interpretations of works of the classic photographers, intelligently mounted and installed, in the suggestive atmosphere of Josef Sudek’s former studio. The name of the exhibition, ‘Curatorial Work’, accentuates, among other things, the activity of the curator, apparently invisible but absolutely fundamental to each exhibition. With its discovery of sediments of thinking about the medium and its recycling and presentation over a period of twenty years, Pospěch’s exhibition project offers some surprises. It is also a sophisticated curatorial game of make-believe about itself.