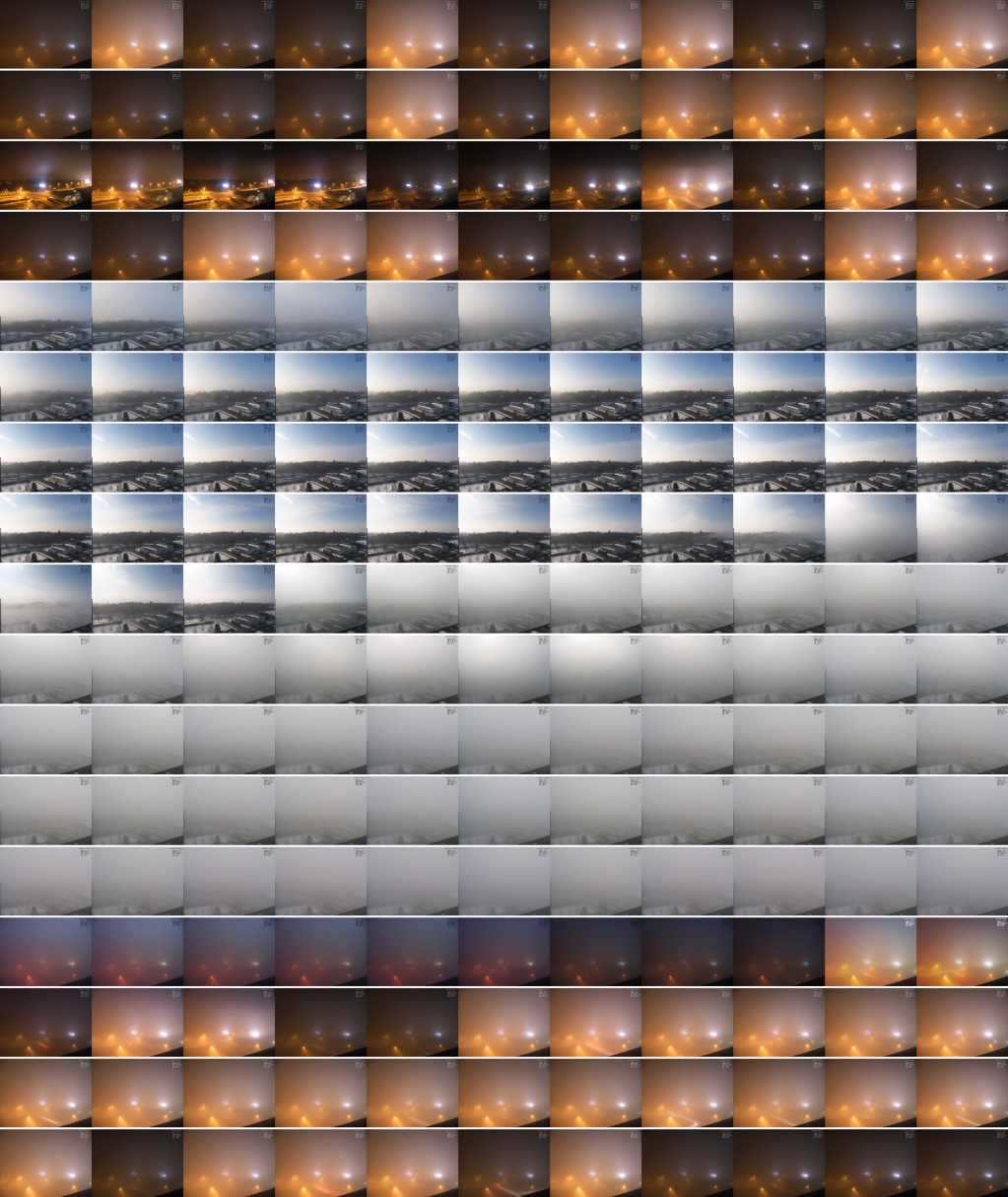 The boundary between the private and the public is becoming increasingly blurred. Personal data is bought and sold, number of more or less hidden ...

The boundary between the private and the public is becoming increasingly blurred. Personal data is bought and sold, number of more or less hidden cameras monitoring the movements and behaviour of people is growing, and many people voluntarily share their private lives on Facebook. Jolana Havelková’s exhibition, Sensitive Data, is in some ways a reaction to this situation, but it is one far more subtle and ambiguous than what might be called socially critical or, at the other end of the spectrum, voyeuristic.
Havelková searches out surveillance cameras that monitor a wide variety of places. To record landscapes, cities, the countryside, she does not use a camera or a delayed shutter release, nor does anyone else press a shutter release for her. The maker of these series of photos from various times of day and night and in various seasons is a camera system whose ‘viewfinder’ Havelková tries to get into. The resulting photographic images composed into vertical bands and comprised of hundreds of small shots are extraordinarily effective visually. From a distance, they bring to mind the abstract play of colour, light, and shadow. From up close, one recognizes in the mosaic particular locations (sometimes with people, sometimes without) as well as the artist herself.
Rather than the aesthetic dimension of the automatically made record, which systematically captures the selected place in the course of twenty-four hours, what interest Havelková, however, is the personal and the political level, asking questions about how our existence can become public ‘property’ and how monitoring can be misused. But she is also interested in technical glitches in the system and in the conditions that detract from the perfection of the record and its exploitability – for example, changing weather conditions. She thus turns inside-out the very essence of the hidden camera. Instead of being just ubiquitous ‘eyes’ that only clandestinely observe us and infringe on our right to privacy, these cameras are also being observed. The images saved in their digital memory are appropriated and remade with the aim of questioning their hegemony over us and their sovereignty.
The photographs from the Sensitive Data set, which – similar to ‘time-lapse’ documentary films – were made over several years, oscillate [Záložka]  between matter-of-fact, documentary records, landscape, and urban photography on the one hand and experimental self-portrait on the other.