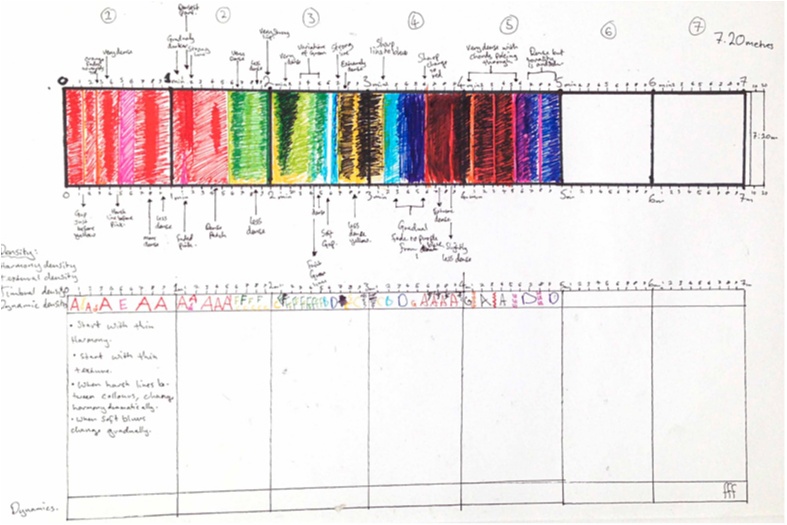 To see a sound and hear a picture. These untraditional ways of perception are things Eliška Stejskalová seeks to show in her installation.

To see a sound and hear a picture. These untraditional ways of perception are things Eliška Stejskalová seeks to show in her installation. Having long devoted herself to the investigation of the subjective nature of representation, she tests boundaries and looks for gaps in objective media like photography. She makes the viewer unsure and, in parallel, questions dogma linked with the photographic image, which would claim that a photograph is an index, a true impression, and therefore a realistic depiction and representation of what is shown. But even things that do not exist can be depicted in photography. Or are they otherwise simply invisible? While training in photography at the Royal College of Art in London, Stejskalová further developed her efforts to free herself from the concept of photography that documents. Instead, she sought to take advantage of the nonrepresentational effects of this medium, but without manipulation, in order to represent the invisible – as when pilots break the sound barrier and at the moment of achieving the speed of sound this phenomenon is optically represented by the Mach cone. Stejskalová, by means of an analogy of indexes, succeeds in creating a network in which various media refer to one other. The central work is a coloured roll of photo papers. It appears here as a realistic representation of the utopian efforts to capture all possible combinations of colours that can be created analogically with the help of filters and light-sensitive material in the darkroom. Intangible objective facts are, thanks to photographic technology, thus transferred to a tangible object, only to then be again quickly transformed into a nonrepresentational soundtrack. In the early twentieth century Wassily Kandinsky, a founder of nonrepresentational abstract art, a creator of his own chromatic colour scheme based on sensorial effects of those colours, and, among other things, in his treatise Über das Geistige in der Kunst (On the Spiritual in Art, 1912), was also concerned with the analogy between the plastic arts and music. He investigated the physical effects of colours connected with human senses and associations, and was particularly interested in highly sensitive individuals who were capable of analogically sensing the relationship between sound and colour or between smell and colour. Stejskalová approached one such person, the synaesthete Daniel McBride, who hears colours. Thanks to his ability, a photographic strip of colour tones was empirically transferred again into precise patterns, which ranked musical tones to concrete shades. A similar coding links all the works. Movement can be transferred into music like sound into image. The process of transformation chosen by Stejskalová is similar to a linguistic translation in which the definitions of a sign are transcribed into a sign of another medium. The installation enables the viewer to see in a new light what he or she has already heard and vice versa.