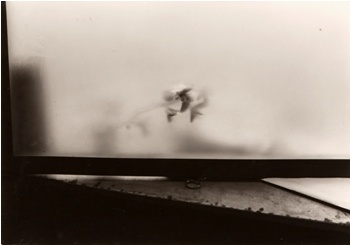 An autumn exhibition at the Josef Sudek Studio: A selection of work by Jan Svoboda, ‘the most stubborn Czech photographer’

Svoboda’s Legacy
Like painters do, he too sought to achieve unique works. He insisted on the dimension of the originals in the catalogues, because he made numerous photos as a convergence of composition and proportion. He considered the establishing of the print size to be part of the creative process. He repeatedly paid homage to his predecessors Josef Sudek and Paul Cézanne. Of his contemporaries he mainly respected Stanislav Kolíbal and Zdeněk Palcr, in whose studios he photographed. This link was not, however, without inspired shifts of interpretation. That would be confirmed by a cross-section of his whole oeuvre. In a small exhibition, however, one cannot demonstrate even his inclination to increasingly more personal motifs. Yet, Svoboda was exceptional not for his topics, but for his many-layered sensitivity – including his understanding of the nature of the medium in which he worked.
His reflections on his own work predominate over the various sources of his inspiration. Sometimes these reflections resulted in a reappraisal of previous successful solutions, even though he continued to stand behind them. Evidence of this appears in his book. Here, every value is important, particularly the extraordinarily demanding shades of grey, which would have been ineffective had they not been perfect. He performed his magic with light not only by the illusory space he created within each photograph, but also by installing the print where it could be influenced by the occasional illumination falling on it, thus altering the original exposure. That is why he preferred not to put his works behind glass. Instead he attached them to hardboard, and then affixed each to a base, so that the prints did not blend in with the wall. The result is a kind of object.
Svoboda realized his vision in a medium that in his lifetime was by far not as highly valued as it is today. He was born in 1934 and died poor at the age of fifty-five. He did not live to see the book of his works, which he had been helping to put together. His date of death is officially given as New Year’s Day 1990.
Josef Moucha

Jan Svoboda about his own works
‘I came to the Museum because I was depressed by what had happened here in the 1970s and I decided that it was time to find a “real job”. I decided to stop taking photographs for myself and to devote myself to my job, my craft, by, for example, making photographs of works of art. And so that is what I did.’ Jan Svoboda, talking about his work at the Museum of Decorative Arts in Prague from 1971 to 1983, in an interview with Liba Taylor for British Journal of Photography.