The garden of Rothmayer’s villa. 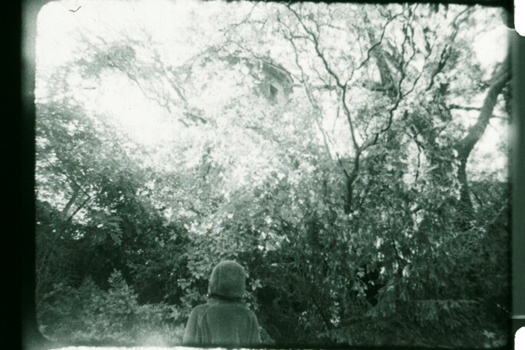 This exhibit is intended as a nostalgic homage to a property that was important for the art of Josef Sudek – the garden of Rothmayer’s villa.

This exhibit is intended as a nostalgic homage to a property that was important for the art of Josef Sudek – the garden of Rothmayer’s villa.
Architect Otto Rothmayer had the villa built for himself and his family in 1928. He also designed the layout of the garden. The resultant complex features prominent sculptures by Rothmayer’s teacher, Slovenian architect Josip Plečnik.
The City Gallery Prague purchased the property from the original owners. The house and the adjacent garden are currently subject to overall refurbishment. Even though I am not conversant with details of the refurbishment project, I dare assume that it could be modelled after the condition as seen in Sudek’s photographs.
So can we consider this landmark to be saved, and look forward to its restored original state? If that is the case, why twilight? Shouldn’t it be dawn instead? Is this exhibit meant to pay homage to the state of disrepair which only represented a lack of funding and a generally inappropriate place in the grand scheme of things?
Yes.
I am not saying that its condition was good. All I am saying is that it truthfully reflected everything that has happened around us since the garden was created.
For me, the garden was a record of an entire era – one that I cannot help but view with a healthy dose of nostalgia.
The exhibit is not to be understood as a protest against or lament over the changes that were bound to come and that will undoubtedly give this property back the dignified status it deserves. This is just a humble impression of a certain mood in Rothmayer’s garden, which I believe is worthy of this attempt at presenting it to you. The exhibit includes works by Štěpán Pech, Lukáš Prokůpek, Richard Homola and Josef Sudek.
Lukáš Prokůpek