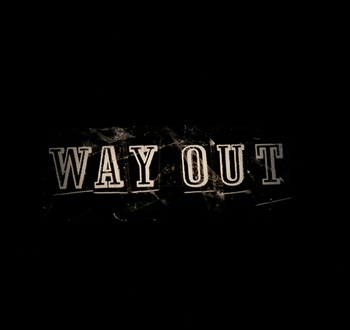 Nature is not only beautiful and interesting, but also cruel and incomprehensible. It can embrace us with its great power so that we are unable to breathe, let alone find a way to capture it. Hrůza tries to do this from many angles

‘as if man’s world were perfectly separate from nature’s, private and mad ....’
‘CALM AND FULL THE OCEAN’, ROBINSON JEFFERS

Almost a hundred years ago, Robinson Jeffers built of stone his Tor House and Hawk Tower on the Pacific coast, where he lived with his wife Una and their two sons. Like his life, his poems and plays are linked with nature and wildness; they are imbued with the workings of the elements that rule nature. They tell of the journeys of a solitary man tossed about by inner and outer tempests, raging against nature but also longing to become anchored in it. A similar link between life and making art, an effort to get close to nature and be in harmony with it, also occurs in the works of Tomáš Hrůza. Instead of words, however, he uses visual means to capture atmospheric processes – in addition to photography, which he was trained in, he uses video with sound.

Nature is not only beautiful and interesting, but also cruel and incomprehensible. It can embrace us with its great power so that we are unable to breathe, let alone find a way to capture it. Hrůza tries to do this from many angles – rather than break up information into little piece (though he might appear to be doing that), he seeks to complete it. On his journeys to distant corners of the world he waits patiently to see what will happen, like a hunter lying in wait. As soon as the first flash of lightning emerges from the silence of the coming storm, he presses the shutter release or begins to film. For photography, he uses 8mm film, which is better suited to his way of working. From his travels he thus brings back a fraction of his experiences in several photographs. Instead of attempting to make complete series, he makes individual photographs and videos, which he arbitrarily arranges according to exhibition topics or concepts. Neither the time nor the place where the photographs were made is of key importance; what is important is the captured moments. The model to which this photographer often returns is the capturing of the elements – a storm, the wind, the rain; he comes to know nature at her most powerful.

The exhibition in the Josef Sudek Studio, however, is not exactly spontaneous. Some of the exhibited photographs were made in Bohemia, in the region of the Bohemian Forest (Pošumaví), where Tomáš is rebuilding a house. That’s the part of the country in which he was born and grew up, and to which he keeps returning after travelling around the world. Rather than ‘home’, he prefers to talk about his ‘native soil’, relating not only to home, but also to the whole region. He feels a strong bond towards it, even though sometimes he feels something is lacking there. Probably it is the wildness of the sea, the impenetrability of the ancient woodlands, the presence of shamans, the vast expanse of the planes, and the tempestuousness of hurricanes. But what he has experienced in other countries is somehow stored in it. The unfinished house stands on the edge of the village of Mířenice, and is half swallowed up by nature. Instead of people, the house is inhabited by birds, and the photographer himself always has to look for a new place to make his bed. He is thus becoming a ‘Šumava shaman’, standing on the boundary between nature and people. The elements are enclosed in a small space, in our tranquil landscape, though they do make their presence known, in allusions, but clearly. They vanish and appear, just like human beings in the places they visit. Nature hides in the fog, in a storm, or in flowerpots within four walls. The way out is the way leading away from home, the way from one’s self, but also the way from outside back in, back to one’s self and the search for places in the world, at home, and in nature.